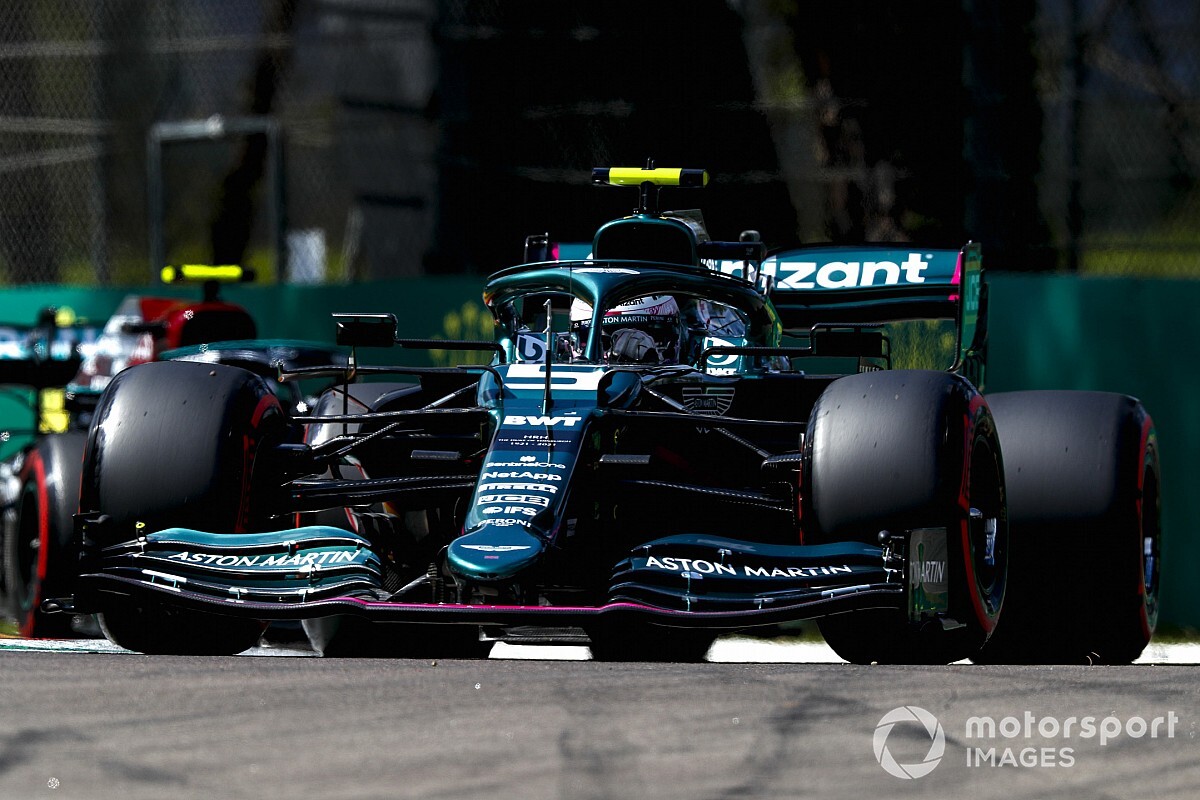 During the opening two F1 races of the season, Aston Martin voiced unease that the change to floor rules for 2021, aimed at cutting downforce, had excessively punished the low rake concept cars the most.

Team principal Otmar Szafnauer suggested that the performance swing between the high-rake and low-rake cars could be as much as one second per lap. Szafnauer wanted the FIA to respond with some rule tweaks to level the playing field this season, and did not completely dismiss the idea of legal action if a positive response was not forthcoming.

However, Aston Martin’s complaints have found little support among rival competitors, who are clear that they believe that the right procedures were followed by the FIA and F1 in coming up with the floor solution.

Ferrari team principal Mattia Binotto said: “There is a governance in place and if you need to change aero rules, you need to go through that governance.

“As Ferrari, we believe what was said on the safety reasons was the proper choice. But more than that, that choice was discussed at the time, with all technical directors, in the Technical Advisory Committee.

“We all converged to that regulation, and no one was raising at the time any concerns.”

McLaren boss Andreas Seidl added: “I think from our point of view it was a clear transparent process how these regulations came into force for this year.

“So I don’t see any reason or also any way for a [rule] change now for this year.”

Seidl added that when the rules were originally put forward, there was no clear answer as to whether they would favour one rake concept over another – which meant they could not have been formulated to hinder anyone in particular.

“To be honest, it’s difficult for each team, in my opinion, to give a solid or valid judgment on the effect these new aero regulations have on different car concepts,” he explained.

“We all went into winter with the car concept that we used last year, because of the regulations. It wasn’t really possible to do a big change there, and none of the teams I guess did a parallel development with the same manpower and the same energy with two different concepts to see actually where would you come out.”

Aston Martin itself has backed away from talk of a major conflict with the FIA over the matter, with Szafnauer saying after the Emilia Romagna Grand Prix that he was more understanding of the rule change situation.

“At this point, I’m pretty satisfied that all the correct steps were followed,” he explained. “I mean, we’re still in discussion. We’re just trying to discover what all the steps were to make sure that it was done properly, and equitably. So that’s the reason for the discussion.”