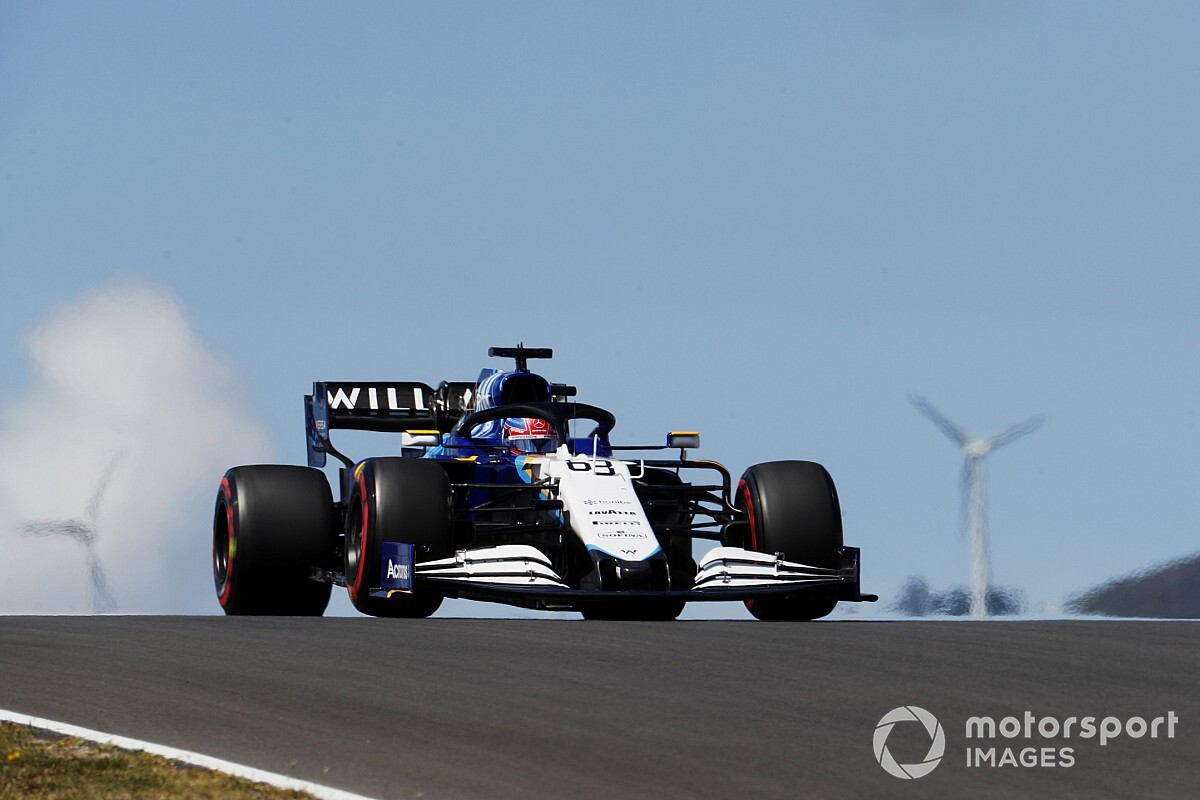 Russell only just made it out of Q1 in 15th place, but subsequently achieved what he acknowledged as the best qualifying result of his three-year career with Williams.

Russell bounced back from the disappointment of his huge Imola crash with Valtteri Bottas in some style, while acknowledging that it had not been a straightforward session.

From 11th, Russell will be the first driver with a free choice of tyres, and unsurprisingly he intends to start on the medium, with which he clearly feels comfortable.

Russell was bold enough to try the medium tyre on his first run in Q2, having also preferred it in the last race at Imola.

“I had a really good feeling on the mediums, to be honest,” Russell told Motorsport.com. “It was a bit of a warm-up run to understand how the tyre reacted, because last year the pole man did it on the mediums, so we had to do it.”

He aded: “I was struggling today with the tyres. It was difficult to get them in the window, similar to Imola to be honest. And then the more laps I got, the more confidence. Also understanding how to extract the maximum from the car.

“That final lap was really, really good, we were so close to Q3, our best qualifying result ever between myself and Williams over the past three years. So we’re in a good position for tomorrow.”

His performance also indicated that the Williams has potential on different types of tracks after performing so well at Imola.

“Really encouraging, I think it shows it wasn’t a one-off. We saw the worst case scenario in Bahrain, which was still Q2 and finishing 14th or so in the race. So we’re looking in good shape for the rest of the season.”