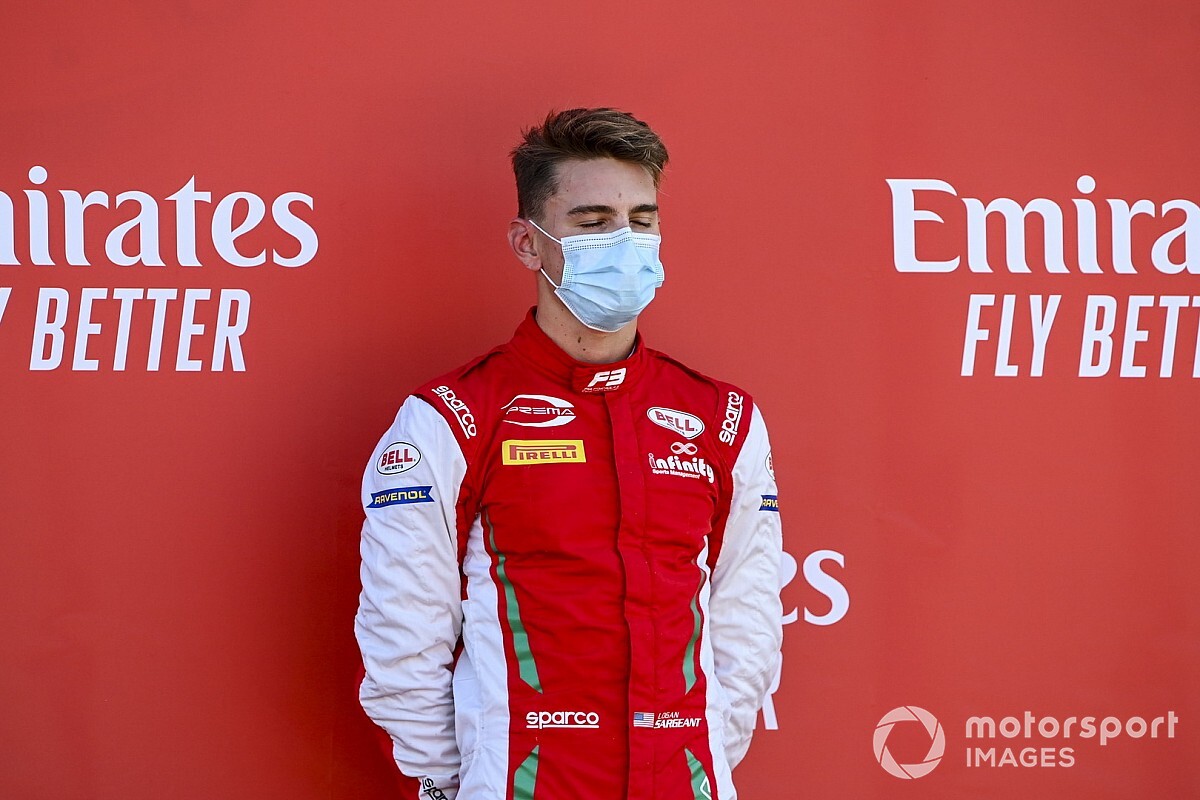 The Czech squad is the final team to lock in its roster for the F3 season, with the confirmation that Sargeant and Fittipaldi will join Formula Renault Eurocup graduate Reshad de Gerus coming just days before the first round at the Circuit de Catalunya-Barcelona.

The American scored two wins to lead the standings mid-season, but failed to score in a nightmare penultimate round at Monza and trailed Piastri by eight points heading to the Mugello finale.

A sixth place finish in the opening race, with Piastri outside the points in 11th, meant the pair entered the final reversed grid race level on points – only for Sargeant to retire after lap one contact with Lirim Zendeli.

Piastri secured the title with seventh place, while Sargeant had to settle for third in the standings behind Theo Pourchaire.

Afters seeing his rivals progress to Formula 2, Sargeant’s hopes of continuing his single-seater career looked bleak, with a sportscar move on the horizon until Charouz came to the rescue.

The 20-year-old was called up to drive for the squad in the two pre-season tests in Austria and Spain before securing a deal to contest the full season.

“Early this year, I didn’t know if I was ever going to get in a race car again,” said Sargeant.

“So I was honoured to get this opportunity from Charouz Racing System. I’m going to give it everything I have to put the car at the front and keep trying to build within the team.

“I’m really looking forward to it.”

Sargeant will be joined by Fittipaldi, the grandson of two-time F1 champion Emerson, who finished 15th in his maiden season of F3 with HWA Racelab last year with a best finish of fourth in the Mugello finale.

Fittipaldi appears set to dovetail an F3 campaign alongside commitments in the Indy Pro 2000 Championship driving for RP Motorsport.

This weekend will mark Fittipaldi’s competitive debut at Charouz, after the team ran 2020 driver Michael Belov during pre-season testing.

“I am really happy for the chance that team owner Antonin Charouz and team manager Bob Vavrik gave me,” he said.

“It will definitely be a challenge since I didn’t do any of the pre-season testing, but I will do my best with this opportunity. I’m looking forward to the first race weekend in Barcelona.”

Team owner Antonin Charouz added: “We are really satisfied with the line-up we’ve just finalised for the 2021 FIA F3 season, mixing talent and a good knowledge of the category.

“Logan was a top contender in 2020 and he confirmed his speed during the pre-season tests that we completed recently, helping us in the car set-up as well.

“Enzo, beyond his family name, is a racer with true potential. We’ll do our best to unleash his qualities.

“I’m sure both Logan and Enzo are going to be also valuable references for Reshad, who, as a rookie, is approaching an important category step-up.

“His preparation in the last weeks has been very fruitful. Let’s hope to enjoy a positive and entertaining season with all our guys.”