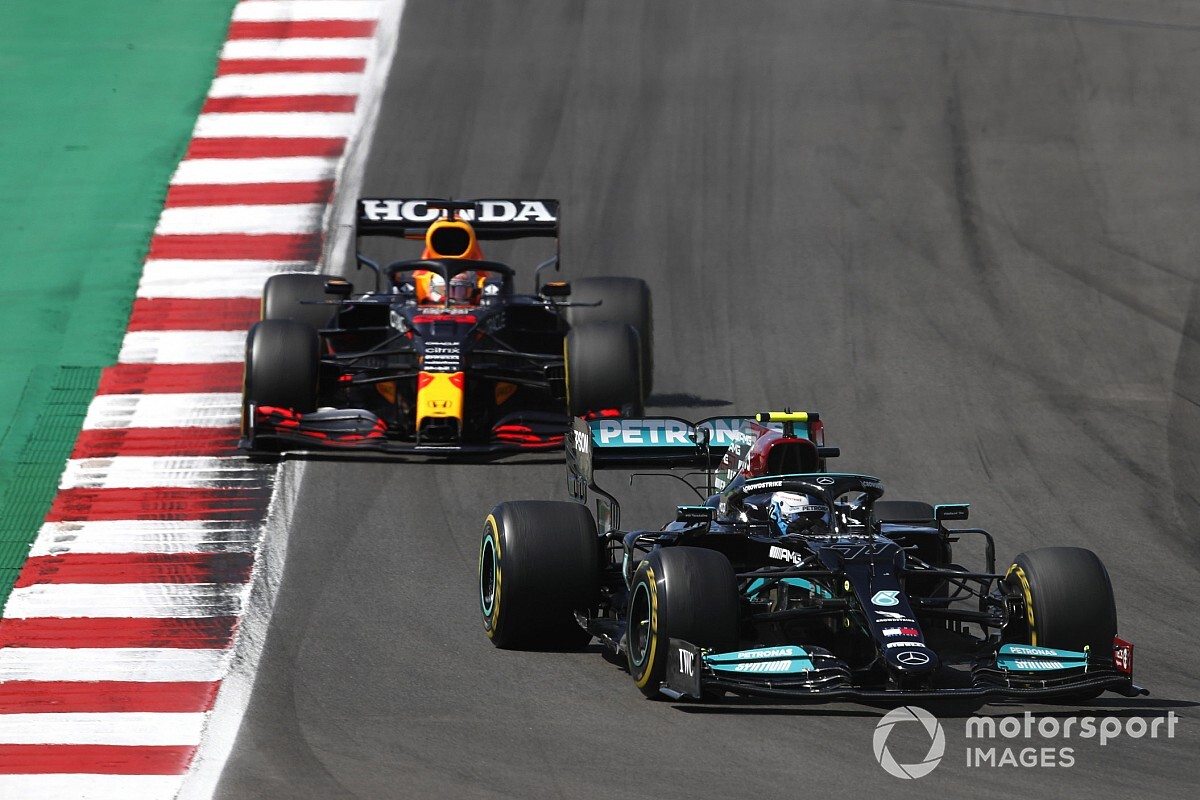 Bottas led the opening stages of the race after qualifying on pole position, but was overtaken by Mercedes teammate Lewis Hamilton during the first stint of the race.

The Finn slipped to third after Red Bull’s Max Verstappen was able to get the undercut and make a pass, only for the Mercedes driver to catch back up towards the end of the race. But after the gap dropped below two seconds, Bottas had two slow laps where he lost five seconds to Verstappen, reporting a loss of engine power.

His times then picked back up, but he was unable to catch the Red Bull back up and ended up finishing the race in third place.

Mercedes team principal Toto Wolff explained after the race that a faulty sensor had caused Bottas’s engine to enter a safety mode, costing him in the battle against Verstappen.

“That was unfortunate, because he really caught up well to Max, and then it kind of stabilised at 1.5, 1.6 seconds, but he had more to come at the end of the race,” Wolff said. “We made a switch change, in order to basically override a sensor that was saying we are running too hot on exhaust temperatures, and we couldn’t override it.

“So the engine went in protection mode and cost him five seconds.”

Despite being passed by both Hamilton and Verstappen, Wolff felt that Bottas had a “very solid race” and struggled while leading the train of cars early on.

“It’s clear when you are in the front and just kicking a hole in the air, and the car behind you has DRS, that’s very difficult,” Wolff said. “At that moment, Lewis opened up a bit of a gap, and was gone. But he controlled Max well. We lost the undercut, that was unfortunate, and then we let him down with the engine, that went into a safety mode.

“So all in all, I think like many times, it could have worked for Valtteri. We were pushing hard and continue to support him, and next time we’ll see what he’s capable of doing in Barcelona.”

Bottas was able to snatch a bonus point for setting the fastest lap of the race after pitting for a fresh set of tyres with three laps to go.

But the early stop gave enough time for Red Bull to pit Verstappen from second one lap later and attempt to take the bonus point. Verstappen beat Bottas’s lap time by 0.016 seconds, but had the effort deleted after exceeding track limits.

“We had a little bit of a stupid moment, it should have been the next lap,” Wolff said. “But we learn and move on.”