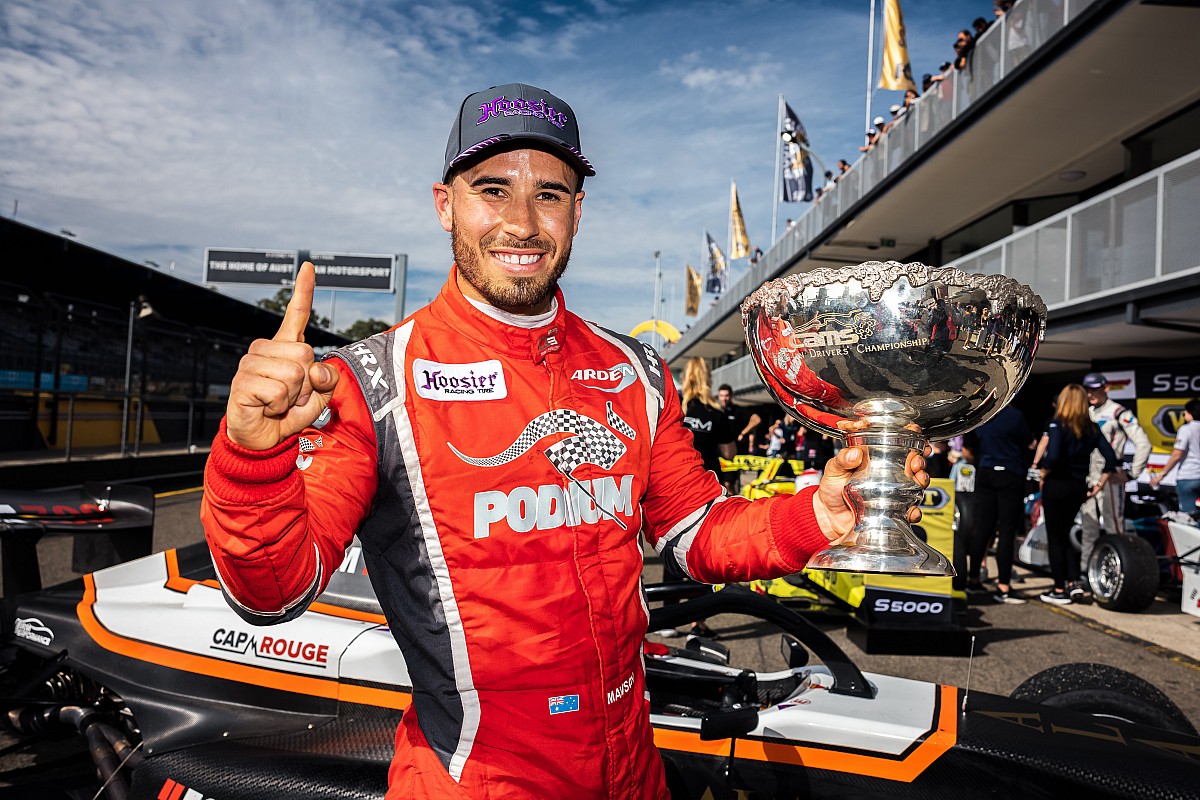 The Team BRM driver went into the final race only needing to finish to win the first Gold Star that’s been awarded since 2014.

However he went close to throwing it all away at the first corner of the race when a tank slapper sent him skating through the grass.

Crucially he managed to keep the car off the wall and out of the garage and continue without any serious damage.

Once going again Mawson quickly caught the back of the field, only to have another close call when Ricky Capo had a hair-raising spin in front of him on the way out of Turn 1.

Again he narrowly avoided disaster, missing Capo’s stranded car before closing up not the rest of the field under Safety Car.

Mawson then kept out of trouble for the short dash after the restart to finish eighth and add his name to the illustrious list of Gold Star winners.

“It was a nerve-wracking one,” he said. “I had two heart-stopping moments when Capo crashed in front of me and also the moment at the first corner.

“I couldn’t tell you what was going through my mind [at the first corner]. I thought it was going to be all over. I had a big snap and then when I went on the grass it wanted to pull the car out to the wall.

“It wasn’t easy but we made it in the end.

“It means a lot to me. I’ve got my name in history now. There’s a lot of drivers that I’ve looked up to and have been heroes of mine that have won this championship. I can’t really put it into words how amazing this result is.”

Out front James Golding made light work of a second race win for the weekend.

The Garry Rogers Motorsport driver was in a league of his own, pulling five seconds on the field before the restart and then another 2.2s after it.

“Unbelievable. We had a good start to the weekend and we just had to tick all the boxes to get it done,” he said. “I can’t thank the team enough. It’s the perfect way to end the year, ready for next season.”

Second went to Luis Leeds who set up the result with an incredible start from the fourth row of the grid.

Nathan Herne rounded out the podium ahead of title contenders Tim Macrow and Thomas Randle.