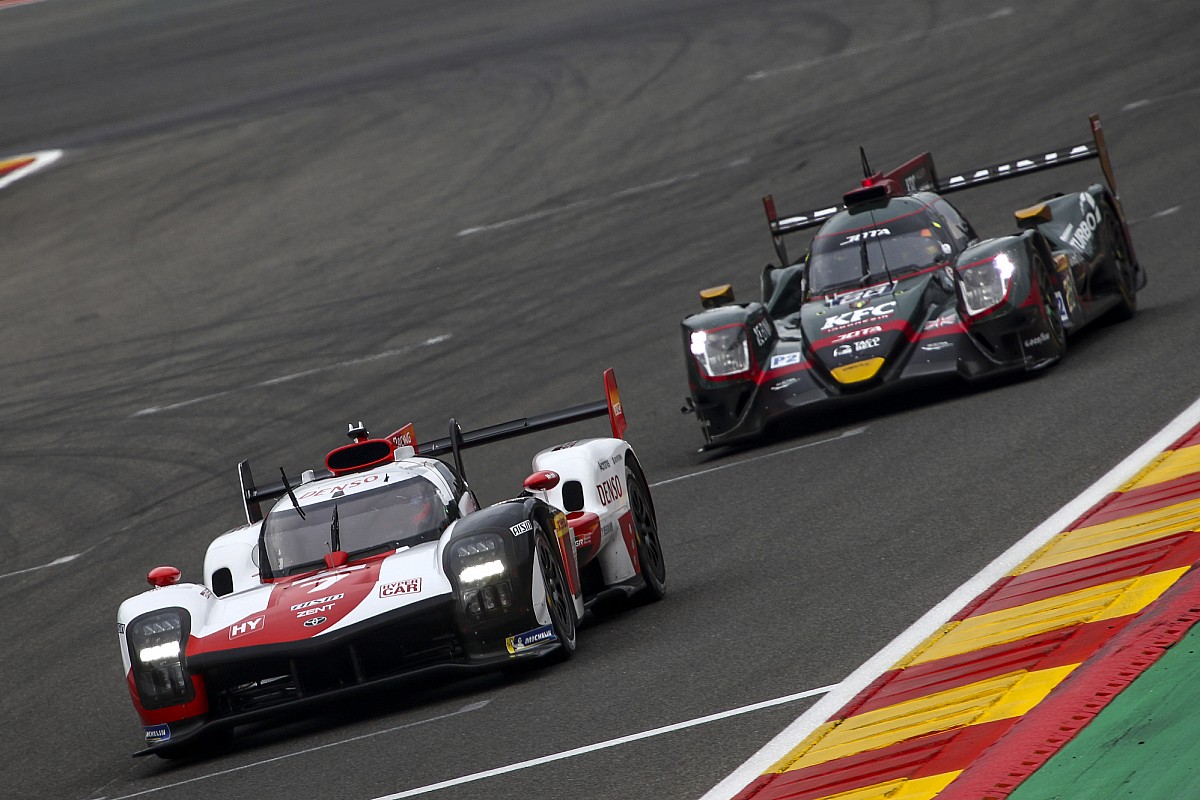 Toyota technical boss Pascal Vasselon explained that the 1.6s margin between Kamui Kobayashi’s pole position in the new Toyota GR010 Hybrid and Filipe Albuquerque’s quickest time in LMP2 aboard the United Autosports Oreca 07 will disappear at times according to the fuel load and tyres the cars are running during Saturday’s Spa 6 Hours.

“To be in front of the LMP2s we needed to be on low fuel; we have seen in free practice, when we are on race fuel load, we are behind,” he explained.

“In many circumstances we will see inversion of position and lap times on high fuel, low fuel, new tyres, old tyres.

“With the situation we have at the moment if a Hypercar during the race is on used tyres and an LMP2 is on new tyres, the LMP2 will be faster.”

Vasselon reiterated Toyota’s position that the two prototype classes “have to be in different ballparks” on performance.

“A gap of 1.6s is good enough to be on pole position and to have a good chance to win the race, but it is definitely not enough of a gap between two categories,” he said.

Vasselon suggested that a much bigger gap on outright qualifying pace would be required to avoid the LMP2s getting in among the Hypercars during the races.

“If we want at whatever fuel load a Hypercar is running there never to be inversion, we would need four seconds probably,” he said.

The WEC rule makers, the FIA and the Automobile Club de l’Ouest, have stated that they will analyse the data from this weekend’s race in Belgium before deciding if they have to make an adjustment to what is described as the class stratification.

But ACO president Pierre Fillon has said that there is no intention to slow the LMP2s further.

They have already been hit with a power reduction in two stages, which now totals 50kW or 65bhp, a 20kg increase in minimum weight and the requirement to run low-downforce Le Mans 24 Hours aerodynamics at all WEC races.

The measures have been designed to peg back the LMP2s to ensure they are slower than the Hypercars, which have been conceived to be five seconds a lap slower than their LMP1 predecessors in the name of cost reduction.

The difficulties of increasing the performance of Toyota’s new Le Mans Hypercar were re-iterated by Vasselon.

He explained that it would be difficult to increase engine power in the short term, because the GR010’s new twin-turbo V6 has been validated to the levels prescribed in the rules and that a weight reduction would involve long lead-time items.

Vasselon also pointed out that the power output for LMH machinery and the minimum weight had both been reduced to bring the cars in line with LMP2-based LMDh machinery that will join them in the WEC from 2023.

“Obvious we could do faster cars, but the Hypercar regulations have been made slower and slower in several steps,” he explained.

“One of the steps that has been made recently [in March 2020] is the one that is supposed to allow convergence with LMDh.

“If we were to increase the engine power, which as I have said we could do with a bit of time to make it reliable, then we would not be any more on the rails for convergence.”

The WEC Spa 6 Hours starts on Saturday May 1 at 1.30pm CET and will be streamed live on Motorsport.tv.