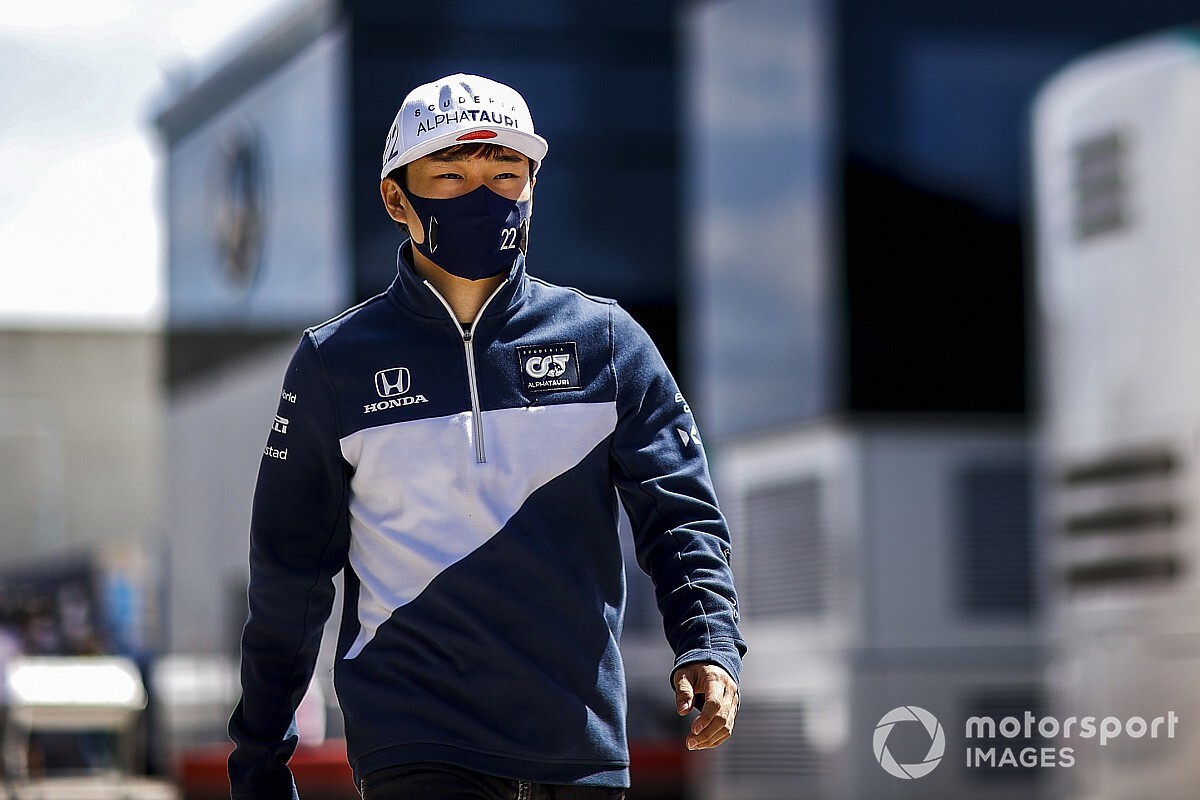 Coming off the back of a promising debut in Bahrain, the Japanese rookie had hoped to impress more at the Emilia Romagna Grand Prix a fortnight ago.

However, a crash in Q1 that left him at the back of the grid, allied to a spin in the race, meant he missed out on points.

Tsunoda has spent the time since the last race analysing what went wrong, and he thinks it was the result of getting himself too worked up ahead of the weekend.

“I set my goal too high,” said the AlphaTauri driver. “Imola was the track that I had the most experience with, and I was enthusiastic about getting big points there.

“From free practice, I was thinking of aiming for the top four in qualifying, but the flow of the weekend was not good after power unit trouble in FP1.

“I was able to run in FP2, but I was a little impatient. Then in FP3, I hit traffic and ended up without real performance. So I didn’t know where I was actually before the qualifying.

“On the run to that corner [where I crashed] it went very well but I was a little too excited and I braked later than I had previously tried that weekend.

“I knew that the back would start to slide to some extent, but I thought I would take a risk. Then the rear slid more than I expected and crashed. It wasn’t something I should have done in Q1, and I really regret it.”

While his spin in the race was put down to inexperience, Tsunoda said that a weekend that saw double trouble was not ideal.

“In a sense, I made two big mistakes in one grand prix,” he said. “It feels like all my weaknesses came out.

“Of course, the result was very bad and disappointing. But if you take it positively, all those mistakes were made in one race. It was a good weekend in terms of looking back at those mistakes.”

Tsunoda said he was approaching this weekend’s Portuguese Grand Prix with a different frame of mind after what happened at Imola.

“I’ve never driven here, so the expectation for me for this week to be honest is a little bit lower than Imola,” he explained. “I’ll be just trying to build up the pace from FP1, lap by lap. And for qualifying I would say, of course, I have to change the approach, especially from Imola.”