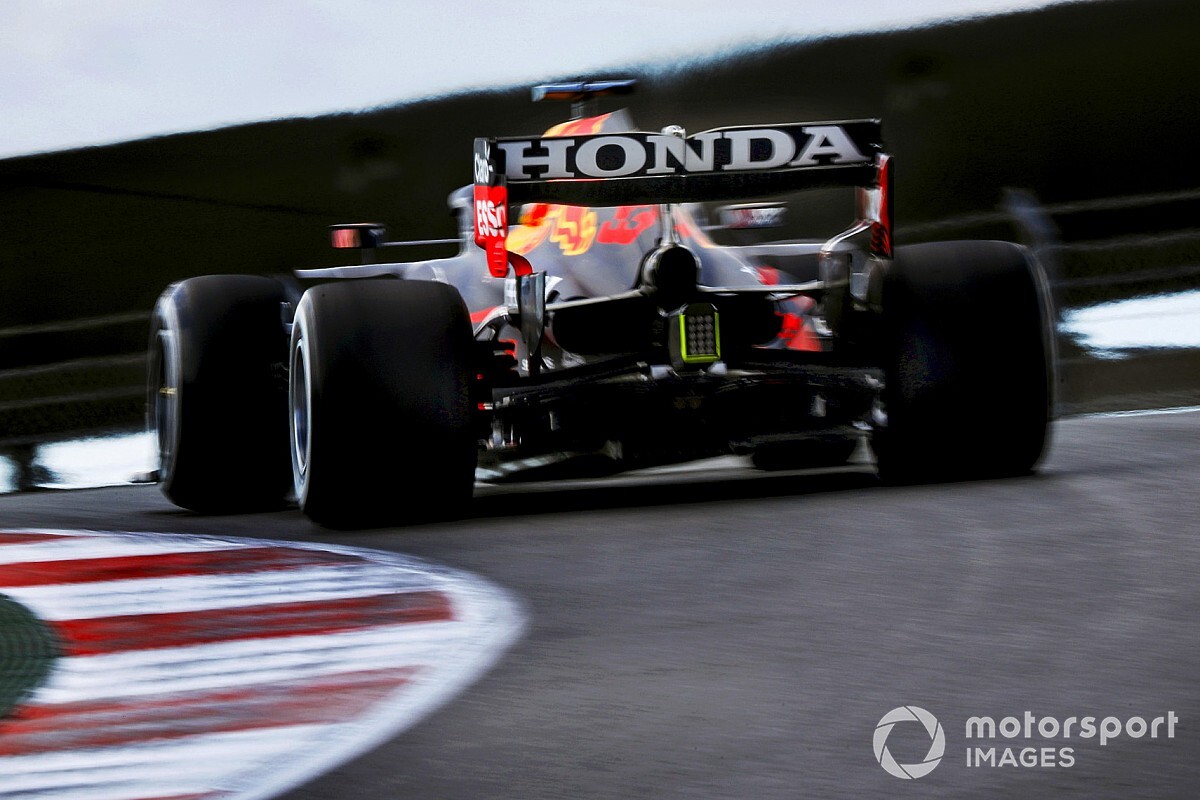 Last year’s running in Portimao saw drivers struggle with low grip conditions throughout the race weekend, most notably on Sunday when a sprinkling of rain and low temperatures hit the track just before the race start.

The running of this year’s race in spring time gave hope for improved track conditions and higher temperatures, only for drivers to once again struggle during Friday’s first two practice sessions.

“[It’s] just very tricky out here with the tarmac again, which is super slippery,” Verstappen said. “I know it’s the same for everyone but it’s not very enjoyable to drive. The car felt alright, but still some work to do for tomorrow, that’s for sure, but overall it’s fine.”

Verstappen said the conditions were “very similar” to last year, and that the cuts to downforce and changes to the tyre constructions did not explain why there was so much grip lost.

“Of course the tyres have changed, and of course we lost a bit of grip from the cars compared to last year, but it’s very tricky out there,” Verstappen said.

“It’s a shame because it’s all about tyre prep, tyre temperatures and it shouldn’t be like that. But like I said before, it’s the same for everyone.”

Verstappen’s frustrations were shared by Friday pace-setter Hamilton, who felt Pirelli had been too conservative with its tyre choices for Portimao.

Teams can use the C1, C2 and C3 compound tyres this weekend, the hardest three choices within Pirelli’s F1 range.

“Generally, it feels like we came here last year and the tyre was too hard, and we come here again this year with the same tyre pretty much,” Hamilton said. “So it feels like we’ve come with a too-hard compound, in my opinion. I think it should’ve been mid-range, C2, C3, C4. But everyone’s on the same one so we’ll get through it somehow.”

Sergio Perez finished the day 10th for Red Bull, lapping half a second off Verstappen in the sister car, and felt the overnight focus would surround tyres given the tricky conditions.

“Basically [it’s] very similar to where we were last year, tarmac-wise,” Perez said. “It’s pretty hard getting the tyres to work in these conditions, it is not easy. So I think the main focus will be to understand what’s going on with the tyres.

“I think the pace on the medium was good. But then when we went on to the soft and we didn’t find any lap time.

“We have to analyse what went wrong on that set, and hopefully sort it out for qualifying.”