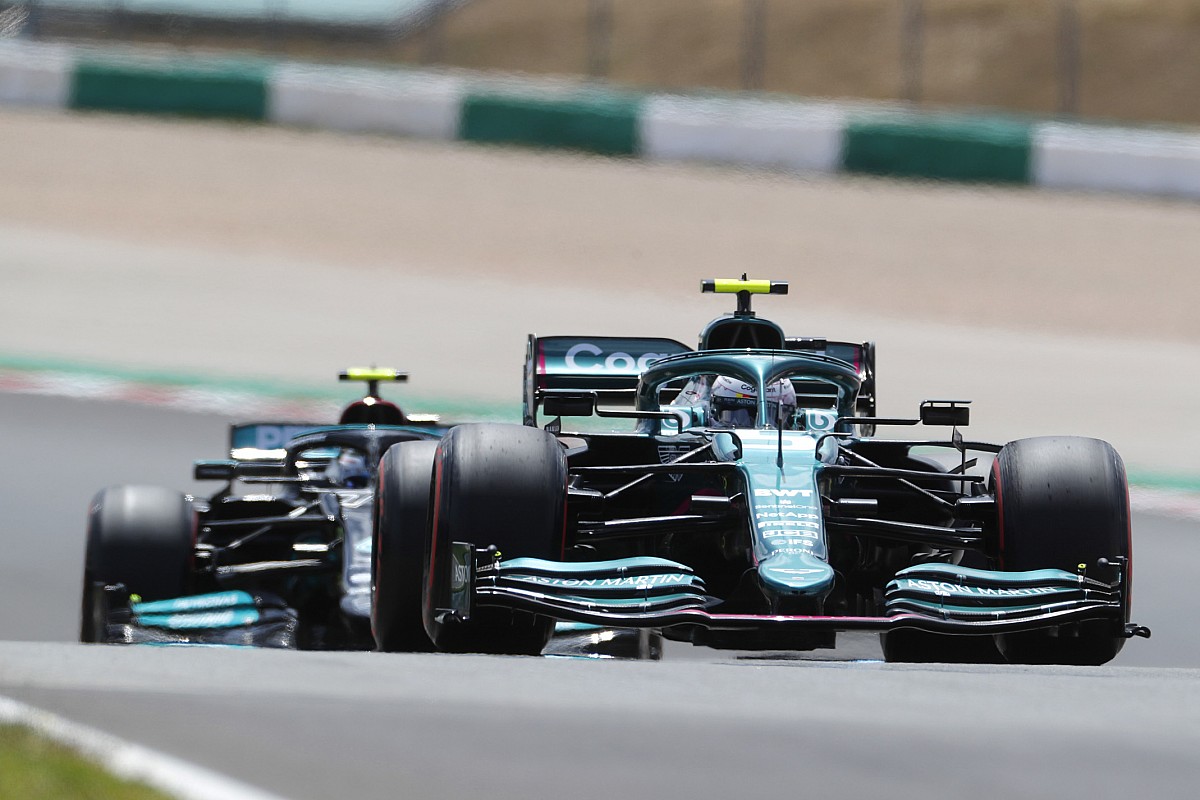 Vettel finished the Q3 session in 10th place, having at times during qualifying shown the potential to be even higher on the grid.

It was the first time in 2021 that Vettel has outqualified teammate Lance Stroll – the Canadian, who was running a new aerodynamic package, failed to make it out of Q1 in 17th place.

The Portuguese session also marked the first time Vettel had made into Q3 since the British Grand Prix last year with Ferrari, a spell of 16 races.

Although he was as high as eighth in Q1, Vettel stressed that he and the team should be satisfied with 10th as there are clear signs that they are making progress together.

“I was not entirely happy with the final lap, I think the conditions have changed a bit,” he said when asked by Motorsport.com.

“Maybe the lap on the used set didn’t help keep to the rhythm up. But overall, it was for sure better, and it starts to work a little bit better.

“It felt a bit more like that. But still, I think there’s more from my side that I have to improve.

“In the end you don’t get many laps in qualifying trim, with the engine turned up, with new tyres, light on fuel, so it’s only like a handful of laps every weekend.

“But it definitely seemed to help me to understand what the car needs, or where I need to put the car to be faster. So today was a little bit better in that regard. But still not the ideal result in terms of you know, we want both cars in Q3 and further up.

“But we cannot be too greedy at this stage. We know that there’s a lot we need to work on, for sure. On my side in terms of qualifying, it was bit better.”

Vettel acknowledged that he felt more comfortable with the car than he had in previous races.

“Despite the difficult conditions, probably yes,” he said, when asked about him feeling happier with the car.

“Things started to click a little bit more than they did previously, which is good. But for sure, today was a very difficult day, you know, the car is all over the place.

“But as I said, overall, a bit better. I was I was a bit happier with my driving.”