Barcelona suffered in the absence of the injured Lionel Messi as they drew 1-1 at home to struggling Eibar in La Liga on Tuesday after Martin Braithwaite missed a penalty for the Catalans.

Eibar, who went into the game sitting one place above the relegation zone, took a shock lead in the 57th minute when striker Kike Garcia pounced on a glaring defensive error from Barca defender Ronald Araujo.

Barca substitute Ousmane Dembele levelled 10 minutes later, firing into the far corner with a first-time finish after a cut-back from Junior Firpo to complete an excellent team move.

Messi returned to Barcelona from Argentina earlier on Tuesday but watched from the stands as he is still recovering from an ankle problem and, while his side played well without him, they lacked the cutting edge he so often provides.

Braithwaite missed the target from the spot in the first half then had a goal ruled offside by VAR while the Dane also failed to grab the winner from point-blank range when the ball bounced off his chest on the rebound and squirmed wide. 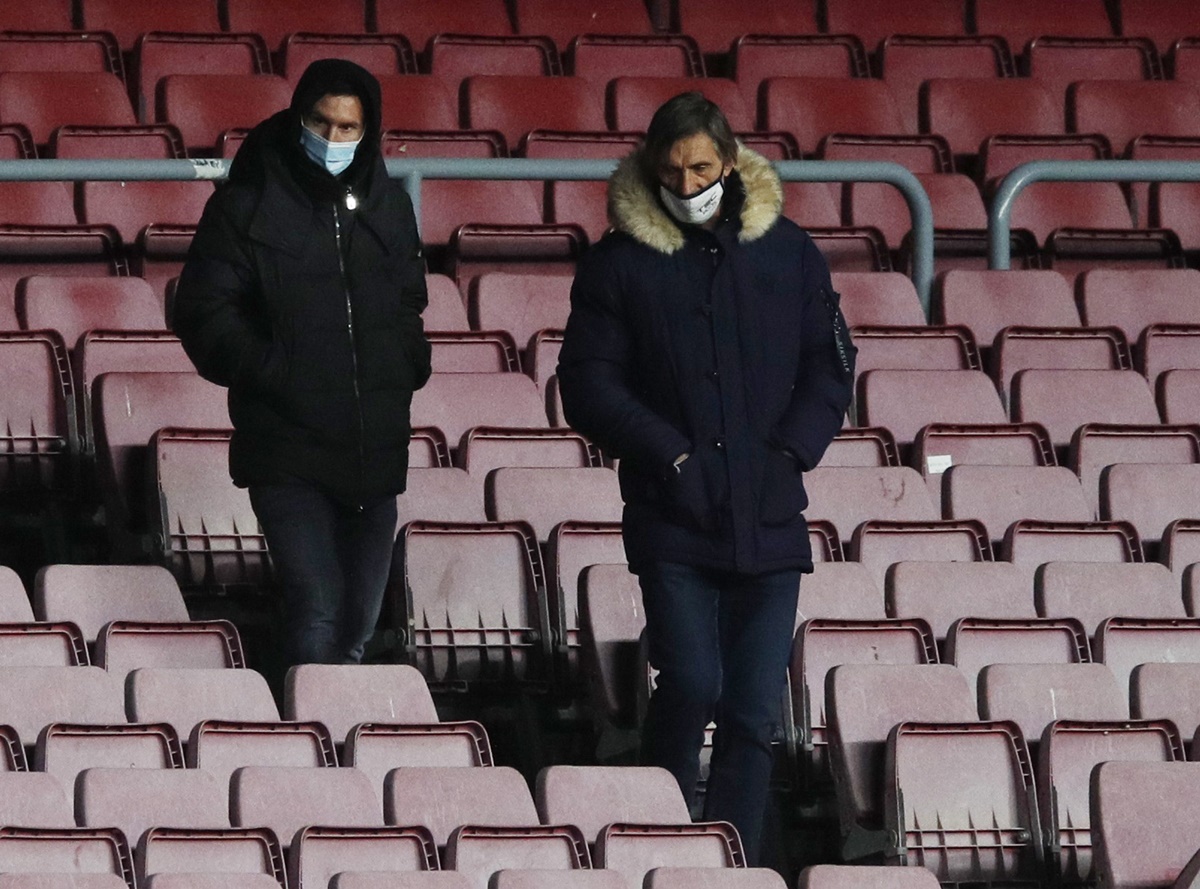 The draw meant Barca have dropped nine out of 27 possible points at home this season and left them sixth in the standings on 25 points from 15 games, seven behind Liga leaders Atletico Madrid who have two games in hand.

Barca had outclassed Real Valladolid to win 3-0 on the road in their last game before the Christmas break and, even without Messi, they made a bright start on Tuesday, earning a penalty thanks to a VAR review for a foul on Araujo.

Messi would normally have stepped up so Braithwaite volunteered instead and fired wide, one of many chances to take the lead which Barca wasted in the first half.

The Catalans continued to squander clear opportunities after the break as Dembele was thwarted from close range by Eibar keeper Marko Dmitrovic and Frenkie de Jong failed to get enough power on his shot when he caught sight of goal.

From looking in control, Barca were suddenly behind due to a lack of concentration from Uruguayan defender Araujo as he was mugged around the halfway line by Garcia, who raced towards goal and kept his cool to beat keeper Marc-Andre Ter Stegen.

The 21-year-old Araujo took full responsibility for his error.

“It’s a mistake from me, one I can’t afford to make,” he told reporters. It was a lack of concentration from me and these are mistakes we cannot afford to make.

“Today it was my personal mistake, I’m old enough to know how big a responsibility it is to play for Barcelona.

“It’s a shame for us we weren’t able to get the three points as we needed and wanted them.”