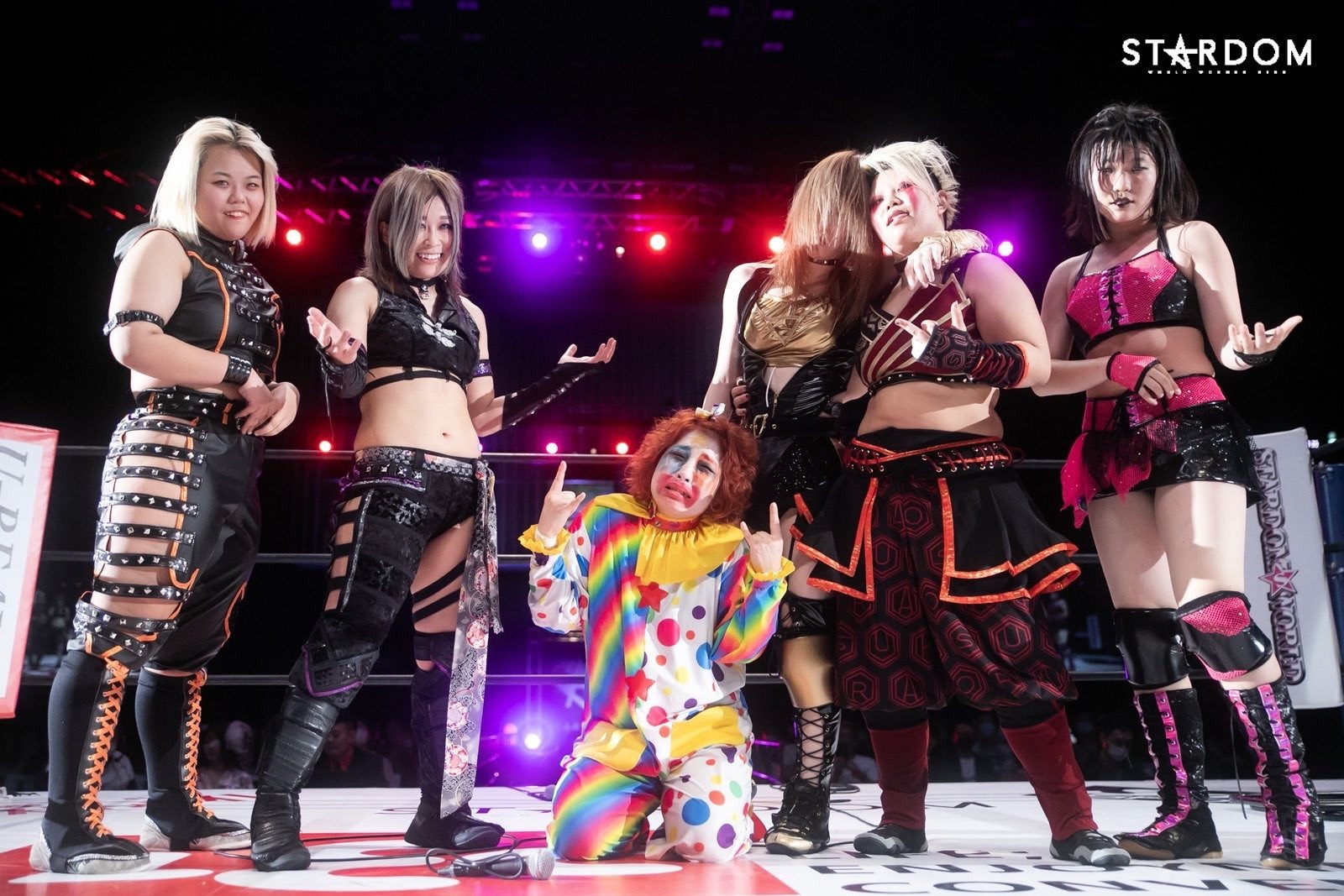 Professional wrestling has seen a major overhaul of sorts over the past year. COVID-19 has forced companies to change, learn, and grow without their usual source of fans in their normal forms. Whether it be not at all or smaller numbers, the promotions around the world have done their best to change with the times. As a credit to many promotions, they have managed to thrive despite the drawbacks and difficulties. All Elite Wrestling (AEW) has become a mainstay for many fans over the last year, the likes of All Japan Pro Wrestling (AJPW) and New Japan Pro Wrestling (NJPW) have been able to deliver through their major tournaments, and a place like WWE has found some magic on one of their shows without crowds in attendance at all.

However, there is a current style of pro wrestling that has really shined bright during all of this and that is Joshi.

Promotions like Ice Ribbon, Tokyo Joshi Pro Wrestling (TJPW), and SEAdLINNNG have not only impressed but are becoming more popular now than they were before COVID-19 hit. And then there’s Stardom. Stardom has managed to not only be one of the best promotions in all of the wrestling world over the past year, but they are very clearly just getting started. And because of that fact, it’s best you jump into the World Wonder Ring now before it’s too late.

Currently, we are in the midst of one of Stardom’s two major tournaments for the year—the Cinderella Tournament. Unlike the round-robin tournament that many companies like NJPW utilize with their G1 Climax, this tournament is single elimination. But there’s a catch with the way Stardom runs them, making the possibility of an upset that much more likely. With a 15-minute time limit, the competitors can be eliminated by pinfall, submission, or being thrown over the top rope. Only in the finals does the time limit disappear, guaranteeing a winner. The insanity that differentiates Cinderella from any other tournament from major promotions is this speed style. The wrestlers compete with urgency and it can lead to shocking results that help make instant fans. If you were to jump in right now, you could even catch up for the second round, taking place on May 14 inside Korakuen Hall, and the semi-finals and finals at Tokyo Dream Cinderella on May 29—likely to be live on PPV for the entire world to see making it that much more intriguing.

This tournament comes off the heels of two huge events by Stardom in Yokohama Dream Cinderella (their most recent) and All Star Dream Cinderella—widely considered the biggest event in their history. Both were shining successes by all accounts and hit Stardom’s growth into hyperdrive. And much of that success comes to the major matches from the show all delivering in a major way. If you have read my previous work here, you understand the growth of Tam Nakano. Well, she main evented All Star Dream Cinderella as she concluded her year-long rivalry with Giulia for the Wonder of Stardom Championship. As she won the title, she solidified her spot at the top. Since then, she had a fantastic encounter with Natsupoi in her first title defense at Yokohama Dream Cinderella. Regarded by some as the match of the night, she only continued her overall growth as a performer. Her singles matches have reached a point as must-see as she continuously proves that she will deliver on the major stage.

Then there’s Giulia and Syuri, the current Goddesses of Stardom Champions, whose tag team chemistry has quickly become one of the best parts of Stardom as well. As named earlier, Natsupoi did compete for the Wonder of Stardom Championship, but she is currently the High-Speed Champion as well. The high-speed division is one of the more entertaining aspects of the Stardom promotion and one almost anyone can enjoy for its short but exciting matches. Then there are the Artists of Stardom Champions, the Cosmic Angels, who have become increasingly popular. Once again, Nakano has been able to lead Unagi Sayaka and Mina Shirakawa to an excellent title run so far and remain must-see title matches as well.

And finally, the World of Stardom Champion. Utami Hayashishita was someone always destined for greatness in Stardom. She was a belt collector of sorts and was always destined to be at the top. Following a difficult beginning of the year for the promotion, it was time for Hayashishita to get to the top. A 5STAR Grand Prix (Stardom’s round-robin tournament) win had her face Stardom ace, Mayu Iwatani, for the World of Stardom Championship. She captured the title and has proven show after show, time after time, that she is worthy of that spot. Her title defenses against Momo Watanabe, Maika, Saya Kamitani, and most recently Bea Priestley are all worth your time if you want to jump right in. You can see the evolution of the champion into this incredible competitor who seemingly cannot miss. The champions are helping to carry the load, but Stardom is talented from top to bottom and they only keep getting better.

Momo Watanabe and Mayu Iwatani are both at the top of their games and are among the most consistent in all of Stardom. Even without gold, their matches are always major deals because of who they are. AZM, Saya Kamitani, Himeka, Maika, Natsuko Tora, Konami, and Starlight Kid are more of the names that make Stardom great. The roster, from top to bottom, is among the best in the world. That doesn’t even include those who are injured and those still developing as wrestlers.

If you are looking for something new, this really is the time to check out Stardom.

With substantial stories and matches on the way, Stardom is only expected to continue its growth as a company. The evolving growth of Saya Kamitani is one, the return to the top for Giulia is another. Tam Nakano and Mayu Iwatani have unfinished business that is sure to be settled in a match of the year contender, and that’s just cracking the surface to what Stardom is on their way to for the remainder of this year. Jump in now as Stardom becomes one of the best promotions for professional wrestling.

View a new style, find some new favorites, and enjoy the beauty of what Stardom is now and what it will soon become.

Backstage Detail On Change Made To AEW Blood & Guts