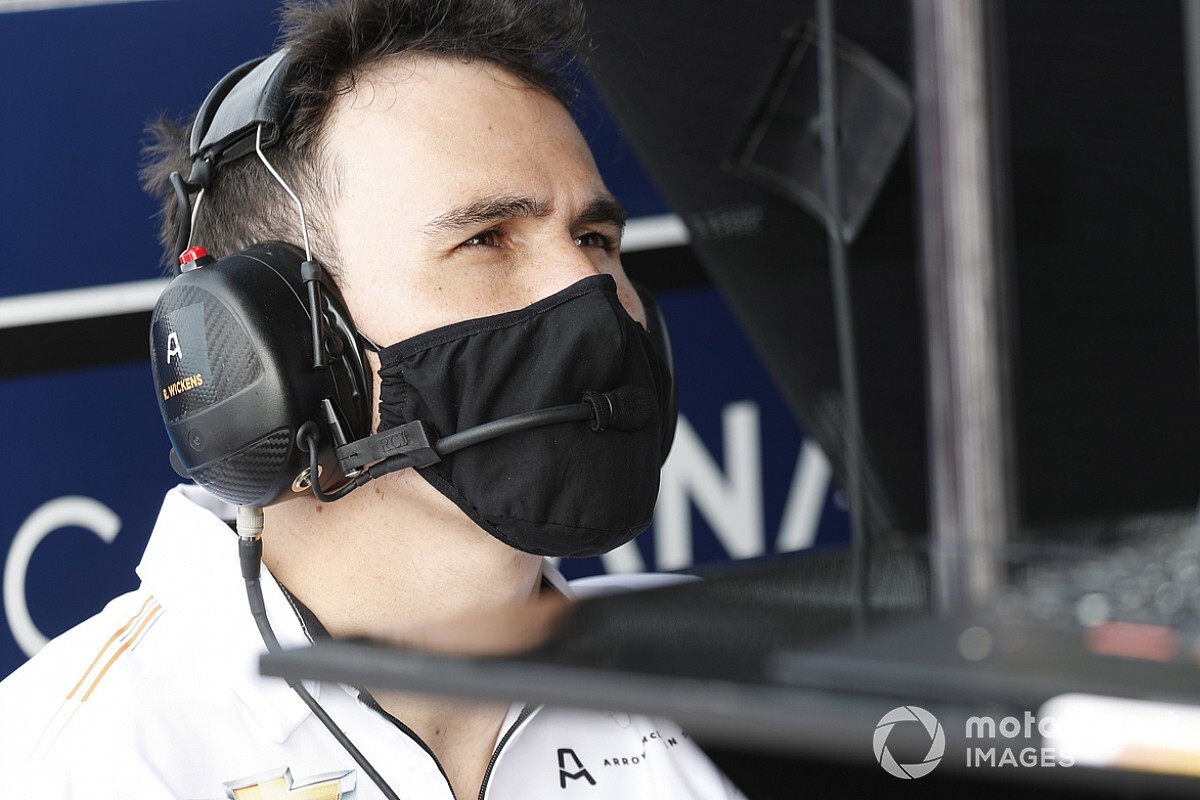 Wickens was a rising star in the IndyCar Series when his 2018 rookie season was cut short by a horrifying crash at Pocono Raceway that left him with a thoracic spinal fracture, a fractured neck, tibia and fibula fractures to both legs, fractures in both hands, a fractured right forearm, fractured elbow, a concussion and four fractured ribs. And that wasn’t the worst to it. For while those broken bones would heal in time, Wickens also suffered a bruised spine that made it doubtful the Canadian would ever walk again, let alone drive a race car.

The car is equipped with a hand-controlled throttle, brake and clutch for Johnson, a former national motorcycle champion who was paralyzed from the mid-chest down some years ago and subsequently began racing sports cars. He scored a historic IMSA win at Lime Rock Park three years ago and, along with co-driver Stephen Simpson, earned a top-three finish in the Pilot Challenge race at Daytona in January.

“I’m very busy, for sure,” Johnson said. “My hands are moving a lot, but I’m used to it. That’s going to be a big thing for Robert to get used to: how all the controls work; how to synchronize everything.”

Coming to grips with hand controls may well be the least daunting challenge Wickens faces in resuming his career as a race driver. And yet, it was a day he never doubted would come.

“Once I was taken out of my medically-induced coma, ‘When can I race again?’ was definitely on my short list of questions,” Wickens said. “I started in go-karts when I was 7 and my family sacrificed so much for me. … Everyone put so much effort into me and my career, that you can’t just let it get taken away that easily. This injury has been just a setback, not necessarily a career ender.

“I believe these are the defining moments in my life,” continued Wickens, who has regained limited use of his legs and feet. “At 32, I have so much more of my life to live and I intend to live it to its fullest. That’s what really drove me in my rehab phase, which is still happening every day. I just knew that if I didn’t go all in on my recovery, I’d be kicking myself for the rest of my life wondering, ‘What if I’d tried harder? What if I didn’t do this? Or did do that?’”

But for the generosity of Herta, Hyundai and Johnson, Wickens might still be in the what-if stage of his goal of getting back behind the wheel of a race car. Upon his return to racing last year as a consultant to the Arrow McLaren SP IndyCar team, Wickens renewed his many friendships throughout the paddock, including those with Herta and his business partner George Steinbrenner IV – both co-owners of an IndyCar team along with Michael Andretti. When Johnson joined Herta’s IMSA team this season, it opened the door for Wickens’ track day.

“Being a racer and a down-to-earth guy, Bryan realized this was a really cool opportunity,” Wickens said. “So, he and George reached out to see if I would like them to consider asking Michael Johnson if I could borrow his precious car for a few laps. Then the ball started rolling but it’s all down to generosity on many different fronts that made this happen.”

So it was that, two days after Arrow McLaren SP’s Pato O’Ward scored his first IndyCar win at Texas Motor Speedway, Wickens arrived at Mid-Ohio to find Mother Nature had dished up a curveball: A thunderstorm in the wee hours of the morning, coupled with dank, overcast conditions later on, left the track decidedly damp.

“Wet conditions make it extremely difficult for me to get the right feel,” said Johnson. “That’s one of the biggest hurdles that I’m trying to get over to this day. … That may be similar for Robert.”

After Simpson took the Hyundai for a systems check and to bed the brakes this morning, Wickens climbed into the car and headed out onto a racetrack for the first time in 21 months. After completing a tentative first lap, he came past the Mid-Ohio pits at full throttle, braked early for Turn 1 and headed toward the Keyhole turn. With each passing lap, Wickens carried a little more speed out of the Carousel onto the pit straight, applied the throttle a little earlier and went a bit deeper into Turn 1. After a dozen laps, he pulled into the pits, drove into the garage and got out of the car.

“The car’s still in one piece,” he smiled. “But it felt good. There’s a lot going on: first time with hand controls, first time with this car and on a damp track. It gave me a much greater appreciation for what Michael Johnson has been able to achieve.

“I tried not to be a hero, hard as that was!” Wickens added. “But it felt good to be back in a race car.”