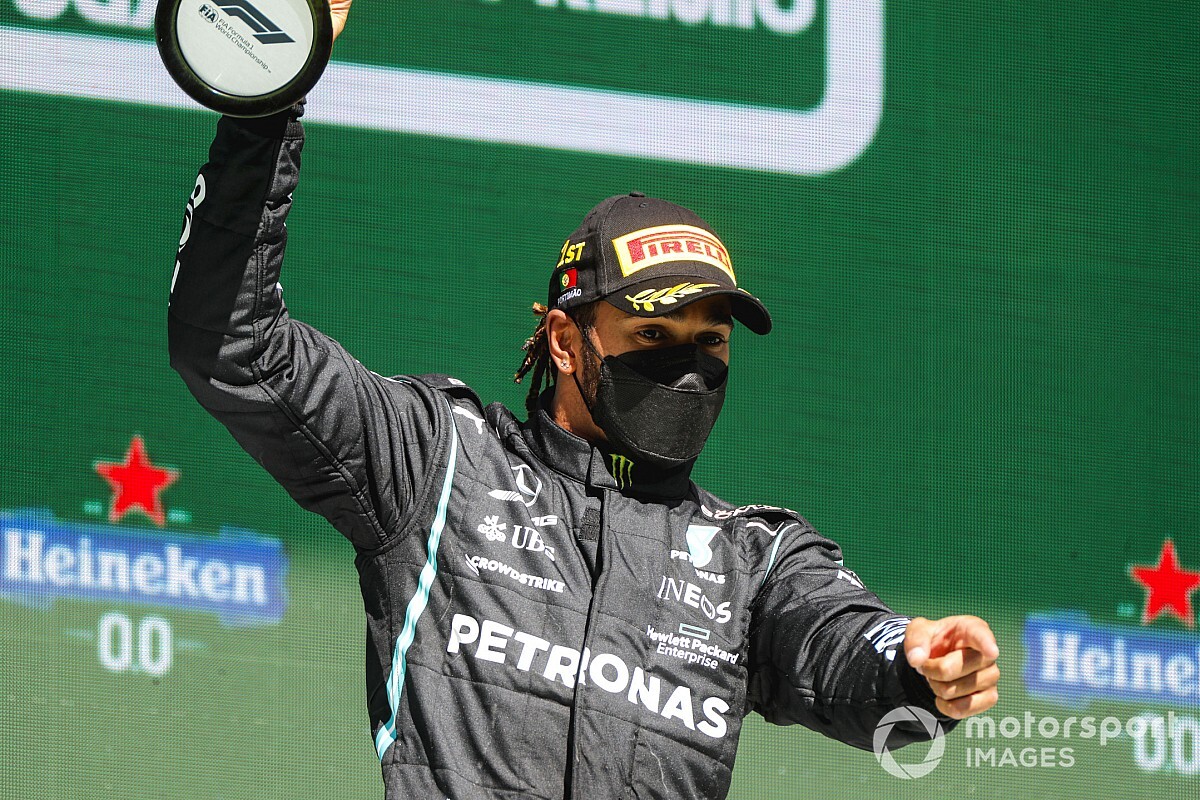 Hamilton said after his win that he found the race mentally and physically draining, having recovered from a slip-up on the restart after the safety car that dropped him to third place. Mercedes has found itself neck-and-neck with Red Bull in the early part of the 2021 season, marking its closest title challenge since it scrapped with Ferrari in 2018.

Asked whether it had been a magic Hamilton display that had been the difference against Red Bull at Portimao, Mercedes chief Wolff said his high level performance was simply the standard he sets himself.

“I think we had a good car, [it was] first time we were really able to compete for pole,” Wolff said. “Maybe we were a tenth off. A good race car, but again, also very close to the Red Bulls, and he just drove an immaculate race.

“It makes no sense to talk about these exceptional Lewis performances, because they have been quite regular.

“It’s his standard now, and I think he sets that standard to himself.”

The result marked Hamilton’s second victory of the 2021 season, allowing him to open up an eight-point lead in the drivers’ championship over Red Bull rival Verstappen. Hamilton and Verstappen have fought on-track at all three races so far this year, but have been fair in their battles.

Wolff said he expected the on-track fights to remain respectful as both knew how costly a DNF could be to their title hopes.

“I think they are not crossing the line on the track yet, because the risk of losing points is just too big,” Wolff said. “But it’s going to go head-to-head, and certainly the rivalry may increase or not.

“I see Lewis completely relaxed about the situation. He enjoys every bit working with the team and getting us up to speed because we weren’t there.

Mercedes also managed to extend its lead in the constructors’ championship over Red Bull to 18 points thanks to a double-podium finish, with Bottas taking third place.

Asked by Motorsport.com if he expected to be in such a position during Mercedes’ difficult pre-season test running, Wolff replied: “No, I wouldn’t have believed that, because I am so in a way reliant on probabilities and math.

“Based on these facts, I wouldn’t have expected to be on pole twice and winning two races. That was not what my brain would have told me.”