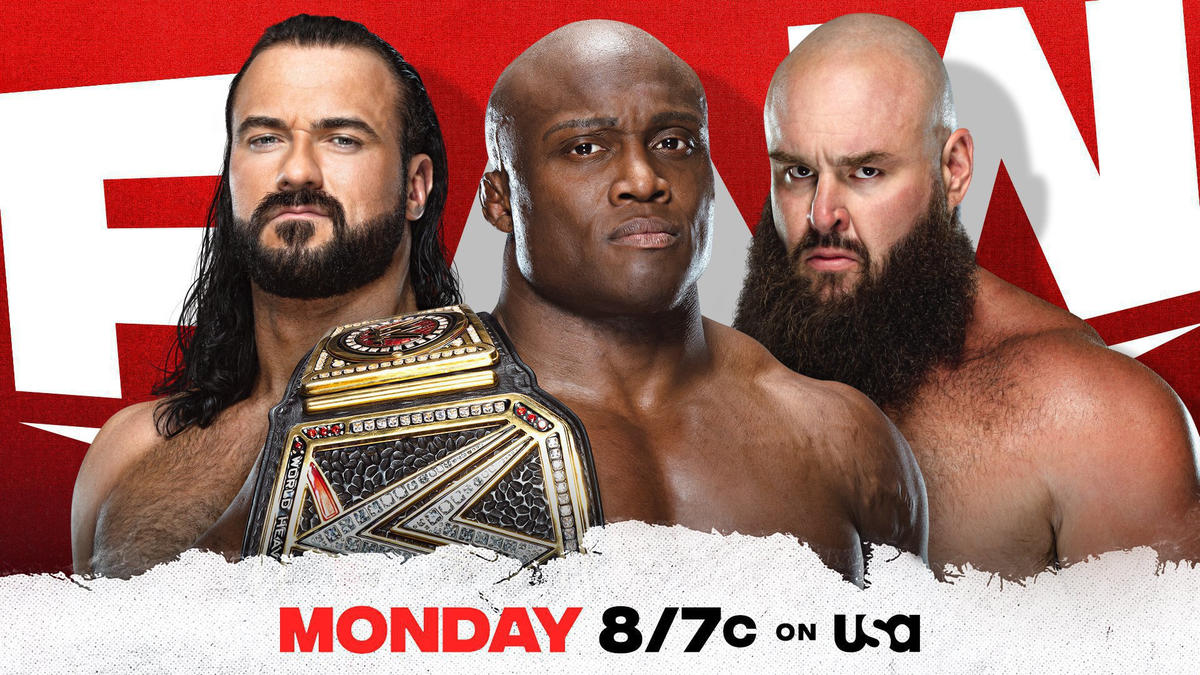 Bobby Lashley says he can take down Drew McIntyre or Braun Strowman anytime in a head-to-head situation.

The WWE Champion will get a chance to prove those words right this Monday night on Raw as he collides with either McIntyre or Strowman.

The ever-confident Lashley is two weeks away from putting his title on the line against both men in a massive Triple Threat Match at WrestleMania Backlash on Sunday, May 16, after Strowman earned his way into the bout last week with a win over McIntyre.

Which foe will clash with The All Mighty, and who will earn a major victory ahead of WrestleMania Backlash?

Find out this Monday night on Raw at 8/7 C on USA Network!